Hit enter to search or ESC to close
ImmigrationUSWorld

Well, it turns out that we were going to get Obama’s third term no matter who we voted for in 2016. Donald Trump is just finishing what Obama started. Wasn’t that the general gist of his campaign? You remember his slogans right? “Securing Obama’s legacy”, “Making America safe for illegals”, and other such slogans that really made the crowds cheer. Man, those rallies were great, especially when those DACA recipients would come up on stage and thank Trump for promising to legalize the DACA program. Funny, I remember something slightly different. 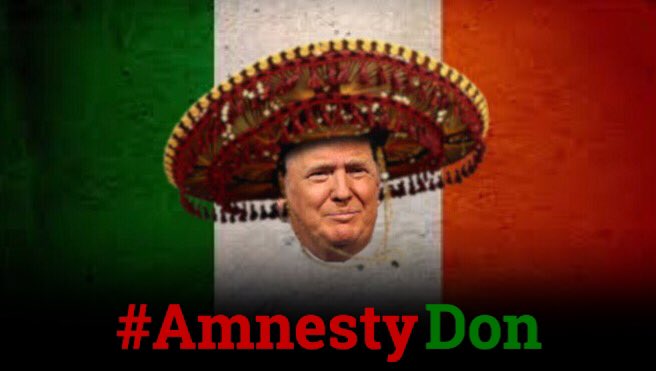 Trump has gotten things done that Obama couldn’t even dream of doing. Obama never imagined that he might be able to get the DACA people legalized. The DACA recipients, by the way, aren’t kids. I have heard every politician in America talk about them as kids and that is a lie. They were brought here as kids, but most of them are now grown adults who are college aged. I wish I would have known that I was voting for Obama’s Third Term beforehand but hey, Democrats have been screwed like this before too and his name was Bill Clinton. Well, Bill Clinton literally screwed Democrats so, as the Joker would say, a “very poor choice of words”.

How many votes do you think that this is going to get you Trump? Because I guarantee you, that is all the Democratic Party is thinking about right now. They don’t give a damn about the DACA recipients. No, they care about the votes that they and their entire extended families can give the Democratic Party. Because remember, once you make these people citizens, they can bring in their fathers, mothers, grandparents, cousins, uncles, etc. If each of the DACA recipients bring in five members of their extended family, which they could easily do, then we are talking about 4 million Latinos being brought in as legal residents, along with the 800,000 DACA recipients themselves. Hmm what’s that sound? Oh yea, that’s the sound of the Republican Party never winning another election in this country. Saying that they will bring in five members of their family is a low estimate because many of the DACA recipients will bring the entirety extended families into the country and Latino extended families can be up to 15 or 20 people large. But, using the low figure of each DACA recipient bringing in 5 members of their extend family and taking into account the fact that the Democrats won 65% of the Latino vote according to exit polls, we are talking about 3.1 million new likely Democratic voters. That along with the high death rates in white working class areas, the areas that won Trump the election, and the aging white population as a whole almost guarantees the Democrats a win in 2020.

I think that this moment is an important one because it illustrates the limits of electoral politics. The ruling class, the capitalist class, wanted the DACA recipients to stay and thus they are staying. That means that white people are going to have to pursue our political interests in other ways and through other institutions.

I would also like to add that, although it seems rather clear to me that Trump is going to make an amnesty deal, who the hell knows. Things could change a lot from now but it seems clear to me that the man actually wants these illegals to stay and for that alone, I have no interest in continuing my support for him. Call your representatives, I will be calling mine, and make sure that they know the cost of making a deal, which is their utter defeat in the 2018 mid-term elections.